Andrew Nutter is one of the most energetic and hilarious chefs you will ever meet, and he is truly nuts about food!

He has years of experience in many incredible and famous kitchens. At 16 he started training at London’s Savoy Hotel, as well as two years in France working in a whole host of Michelin-starred restaurants. From these early beginnings, Andrew has now joined the elite of UK ‘celebrity chefs’, with his own restaurant here in the UK called; Nutters. The restaurant opening was a natural progression for the extremely talented chef and has ever since been adored by guests near far. Right from the early days, Andrew attracted massive attention from the media, including his own TV Show on channel 5 called ‘Utter Nutter’ through to shows on ITV and the BBC, including Ready Steady Cook, This Morning and GMTV. 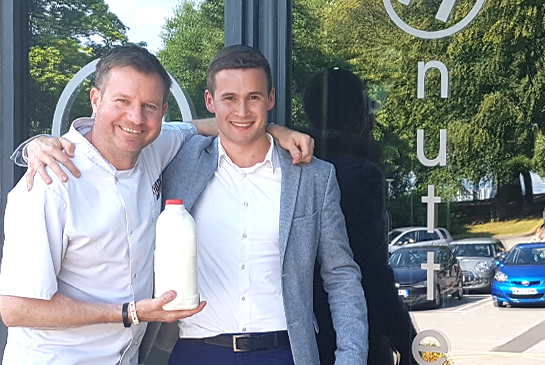 As well as all of this media attention he has received countless awards along the way, so, needless to say without ever having to advertise his restaurant, it has always been bursting at the seams, and truly adored by guests near and far. Perhaps it’s not just the food that keeps them coming back time and time again, but also the incredibly warm and friendly atmosphere about the place. When I was there with him, I witnessed him going out to personally greet and embrace guests as they arrived. It was truly awesome to meet Nutter, and what was even more awesome was that he loved Mossy’s! Check out his own Mossy Moment creation below; Nutters Mossy Mousse 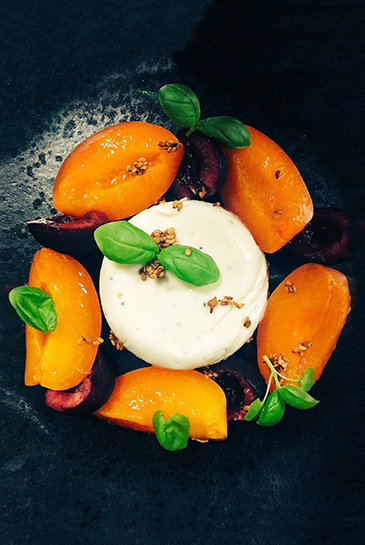